Chianti Region to collinare of the Tuscany, extensive to the west of the Arno, between Florence and Siena. Historically fiorentina in XIII the century corresponds to a territory beyond the Arno passed under the jurisdiction. Today it is identified above all like the zone where the famous wine is produced omonimo. The territory of the Chianti is characterized from a cake succession and waved hills that to east, in chiantigiani mounts, assume the aspect of low reliefs, with short plateaus and water course; here the Saint mount Michele catches up a height of 893 m. The alternate landscape vineyards, uliveti and spots of forest. Local agriculture produces olive oil and, above all, the traditional wine: a pastoso, fresh, sour wine, of short conservation, that it comes produced and tradet according to "controlled denomination of origin". The region of the Chianti, with its small villages, its poderi scattered in means to the campaign and its vicinity to important city of the Tuscany, are one goal privileged from the tourism. Numerous English, German, Swiss and above all Dutch aliens, have settled down itself here sin from the end of years Fifty, or they have to you elect their according to address. Small villages of ancient origin rise here and here on hills, in means to the vineyards. Between the more important they remember Greve in Chianti, center of production and sale of the wine, Panzano, country situated on the top of one hill, Radda in Chianti and Castellina in Chianti. 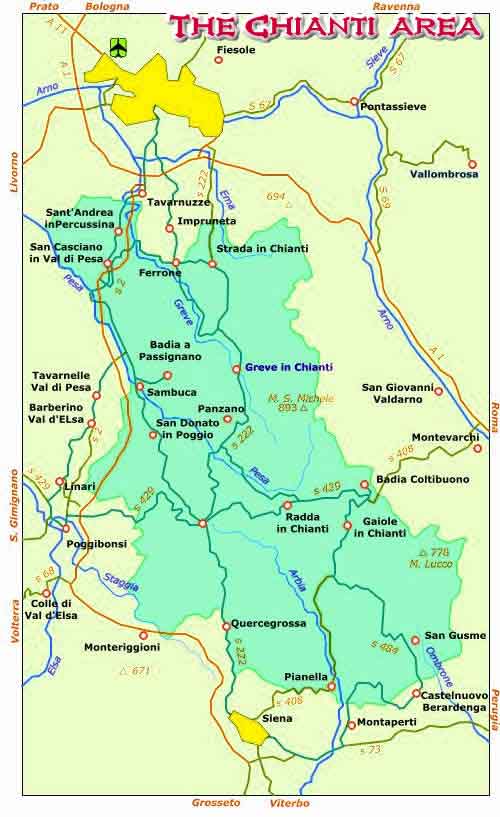