The city of Florence

The city of Florence

Florence City of Italy centers them, capoluogo of province and the Tuscany region, crossed from the Arno. One extends in part on the necks that encircle it to north, east and south, while in flat of the inferior Valdarno the more recent expansions they form with Prato, Pistoia and Empoli one conurbazione around the million inhabitants. The economy of Florence, that it has a consisting industrial apparatus that extend in the peripheral areas (metallurgy, mechanics of precision, chemistry, pharmaceutics, electrical engineering, you weave them, apparel, footwear etc), re-unites in the historical center (inhabited from less than 40.000 persons) administrative functions and above all cultural, in the within di.le which the city carries out a role of international levatura. Also the tourism, of huge dimensions as well as to feed is a lively commerce is a sturdy one and prestigious handicraft, has its primary field of action in the historical nucleus, concentration of works of art with little avails again to the world and city area between the most visited from the Italians like from the aliens (English, especially, for one tradition that laughed them to the Grand Tour of the 1700's). It is not however only for the art, the handicraft and the dense cultural atmosphere in which Florence it is dipped that "many of far countries", like wrote Dino Similar in first the 1300's, "comes it to see". It is also for the fascination that its roads and its public squares, animated from a vitalità that is pure between the characters precipui of the city, constantly give off. 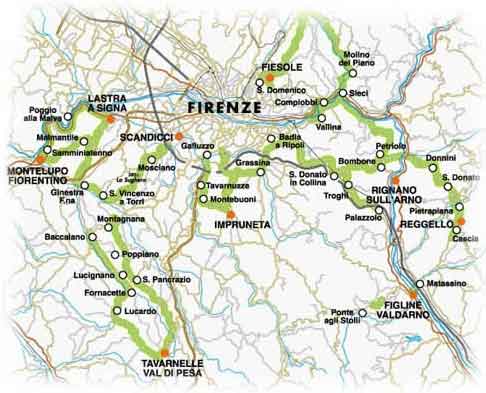